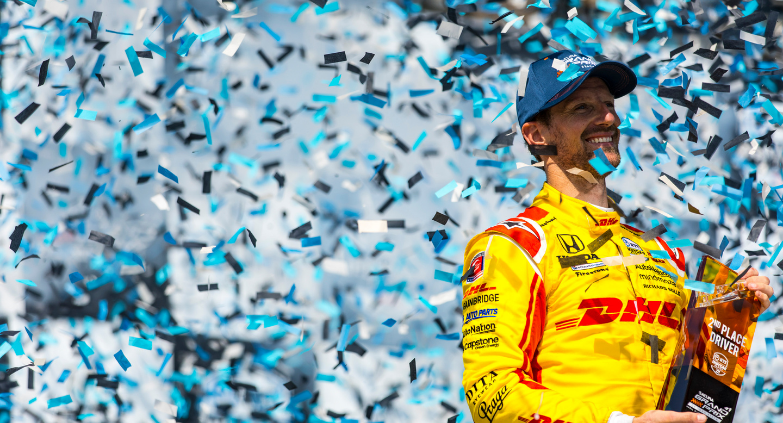 Andretti Autosport left the Acura Grand Prix of Long Beach with some huge highs and a few heartaches from Round 3 of the NTT INDYCAR SERIES.


Driver Colton Herta showed that he knows his home track best by winning Saturday's NTT P1 Pole Award, the team’s first pole of the 2022 campaign. Herta set a new track record with his fast lap time of 1:05.3095. The moment was dedicated to the people of his hometown and the Honda HPD Santa Clarita, California base. Unfortunately, contact with the wall in Turn 9 on Lap 56 of the 85-lap race would end Herta’s dominance of the weekend. He led 28 laps in total.


Romain Grosjean wowed the crowd as he leapt from his sixth-place starting position to second. His second-place finish ties his best finish in NTT INDYCAR racing and collected Andretti Autosport’s first podium of the season. Grosjean’s race was equal part racecraft, clean racing and competitive car as he watched his competitors get picked off by miscalculations of the 1.968-mile street course. His fancy footwork nearly earned him the win as he often came close to lunging for first, but the race would end under caution relegating Grosjean to second.


Alexander Rossi proved that there may be something to home-field advantage. The California-native considers Long Beach one of his home tracks and he has persistently dominated in the past with back-to-back wins in 2018 and 2019. Rossi was near the top of the time charts in each session leading up to the race. On race day he never fell outside of the top 10. However, lost time on pitlane dropped the 27 outside of the fight for the podium. Rossi finished the race eighth, his best finish thus far in the 2022 season.


Rookie Devlin DeFrancesco put his head down and got back to work on his second NTT INDYCAR street course. DeFrancesco spent his time in Long Beach with his head in the data learning the nuances of the 11-turn course. He continued to improve over the weekend, qualifying 17th overall, nearly missing out on advancing from Qualifying Group 1. On race day, it was gloves up for DeFrancesco as he fought on track and executed wise strategy to be scored as race leader on Lap 32 -- bringing his first lap led in his NTT INDYCAR career. Ultimately, though, the day ended early for DeFrancesco after contact with the wall in Turn 9.


Andretti Autosport has a three-week break before returning to work at Barber Motorsport Park in Birmingham, Alabama. The Honda Indy Grand Prix of Alabama is the first permanent road course of the 2022 season. The 2.3-mile circuit boasts 80 feet in elevation changes and tight racing. The race goes green on NBC and Peacock on May 1 at 1 p.m. ET.