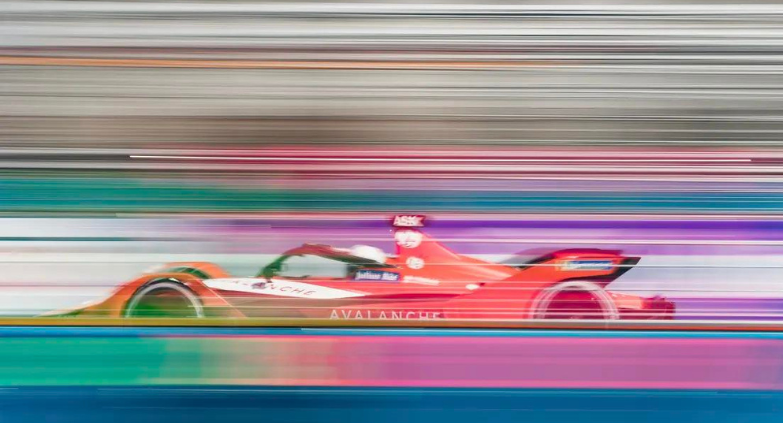 The Andretti name is synonymous with speed. Mario; his sons, Michael and Jeff; and now Michael’s own son, Marco; have all been successful in various motorsports, primarily open-wheel CART/IndyCar racing. The family-run Andretti Autosport is one of the most decorated racing teams in history, with five Indianapolis 500 trophies among its lengthy list of accomplishments. In addition to traditional gas-powered vehicles, the Indianapolis-based company is fast becoming one of the leaders in electric racing, competing in the ABB FIA Formula E World Championship since its inception in 2014, as well as the off-road Extreme E circuit which is now entering its third season. Not surprisingly, another Andretti—Michael’s daughter, Marissa—is taking a lead role in this transition. After joining the family business in 2015, Marissa now serves as the vice president of Andretti Autosport and managing director of Andretti Technologies. With Indiana’s heightened focus on the economies of the future and the transition to electric vehicles, the relationship between the state and Andretti Autosport continues to grow. Here Marissa discusses the company’s focus on electric cars and the role Indiana plays in its success.

When did the push to electric vehicles start, and how was it embraced by the company?

Marissa Andretti: We were one of the first calls from the Formula E series organizer. We were excited about it, but it seemed far-reaching at the time. Yet they were able to put things together quickly—and now we’re in season eight and fully committed to season nine. We are always looking to diversify, and it’s important to us to expand our portfolio with new technology and entertain different fans.

Data is an integral part of Formula E racing. How do you use it, and what specifically are you looking for?

In a Formula E race, we watch our energy usage in real time just like we would watch our fuel mileage for other races, along with analyzing other metrics, from tire data to how the car is handling. We also take into account the driver’s style and approach, as well as things like the weather and road conditions. The main focus is the energy-management portion of it. You start the race with 40% less of what you actually need to finish the race, and that 40% is regenerated through the car’s regenerative braking system.

Andretti Autosport has called Indiana home for nearly 20 years. What is your family’s and the team’s relationship to the state?

Growing up, the state of Indiana was always a second home to me and my family—and my dad and I both fully call the state home now. We love being here because of the support for the racing community.

What specific things does Indiana bring to the table to ensure Andretti Autosport’s success?

We’ve been fortunate to work with the state on everything from business and economic development to sustainability solutions and technology initiatives. The state has such a strong support system for our industry—Indiana is much more of a tech hub than most people think. We always look to hire people from the state, and 90% of our current employees have Hoosier connections. With our partnership in Formula E, Indiana gives us the global scale for each of the races so that we can easily activate together in different cities, whether it’s the streets of Rome or Brooklyn.

As managing director of Andretti Technologies, you focus on sustainability, among other initiatives. What advances in sustainability have you made within Formula E and other series that you compete in?

Formula E was the catalyst to tackle climate change in auto sports, so Andretti Technologies was born to develop our Formula E powertrain solution going into season two. Once the powertrain opened up, we focused on the E motor and inverter and transmission. That was with a handful of other partnerships and a full test program. Formula E made a commitment to be net-zero carbon from the beginning, and they’ve been able to do that with their certified science-based targets since day one.

The Federation of International Automobiles (FIA) recently presented Avalanche Andretti Formula E with its Three Star Environmental Accreditation award—the highest possible level. How important is that to the company?

Incredibly. In August of 2021, the team received the ISO 14001 certification, which establishes international guidelines for an environmental management system (EMS) and maps a framework for companies to develop an effective EMS. Following this audit, we were able to apply for our FIA Three Star Sustainability award. Due to the heavy diligence process for our EMS, we were able to be fast-tracked to two star; we then received the three-star [rating] shortly thereafter. For sustainability from an Andretti Autosport perspective, we want to make sure that we take what we learn from whatever series we may be involved in—in this instance, our involvement in Formula E—and apply those key learnings across the board to the different series we’re involved in and have that really be a benchmark so that we can be a pioneer in the industry.

How has Formula E technology evolved from year one to now? Can you predict where things will be in another five years?

When Formula E started, instead of a traditional pit stop we would do a car swap midrace because the battery life couldn’t make it through the full race distance. Now, we’ve made massive strides in battery life, going the full race distance while also going much faster. The pace of development is incredible, and the goal is to ultimately have those advancements trickle down into the road cars. Motorsports has always been a test bed for technology, pushing the technology to the limits while not compromising in performance. The purpose of Formula E is to create a better, cleaner, safer future for mankind with innovation and technology; and we are proud to be a part of it since day one.